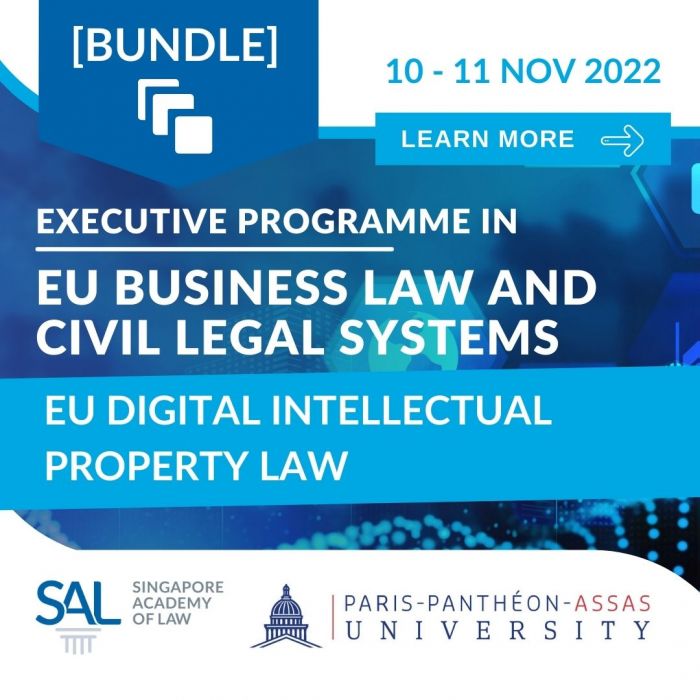 Module 3: EU Intellectual Property Law (10 - 11 November 2022)
This module is conducted in-person at the Paris-Panthéon-Assas University International Law School.
Participants outside Singapore may choose to attend this module via Zoom.

Registration Fee
Reviews
Write Your Own Review
Only registered users can write reviews. Please Sign in or create an account
You may also like
Recently Viewed Products