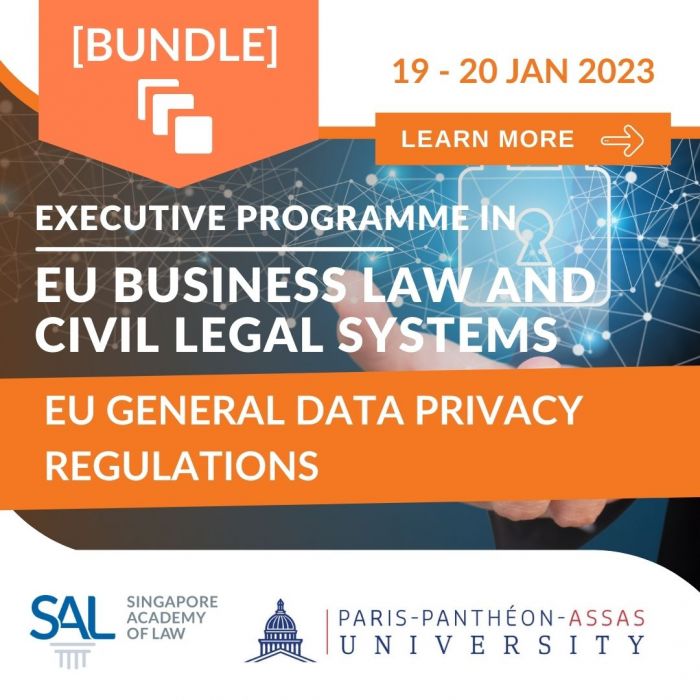 Module 3: General Data Privacy Regulations ( 19 - 20 January 2023)
This module is conducted in-person at the Paris-Panthéon-Assas University International Law School.
Participants outside Singapore may choose to attend this module via Zoom.

In 2016, the world of data protection was shaken by the adoption of the GDPR, the European General Data Protection Regulation. Although many aspects of this regulation already existed in the European Directive which it replaced, the GDPR was nevertheless seen as ground-braking for a number of reasons. Among those, the fact that it created a unified Data protection Law applicable to 450 million people; the fact that the sanctions for violating EU data protection law were considerably upscaled ; and the fact that, if some conditions apply, this regulation is to be respected by data controllers located outside of Europe.

This last feature makes it extremely important for non-Europeans to understand when they are supposed to respect the GDPR and, consequently, its basic features and principles. This module will introduce participants to those aspects as well as current issues concerning data flows from the European Union to the rest of the world.

Registration Fees
Reviews
Write Your Own Review
Only registered users can write reviews. Please Sign in or create an account
You may also like
Recently Viewed Products