He’s the author of a new book on the subject. 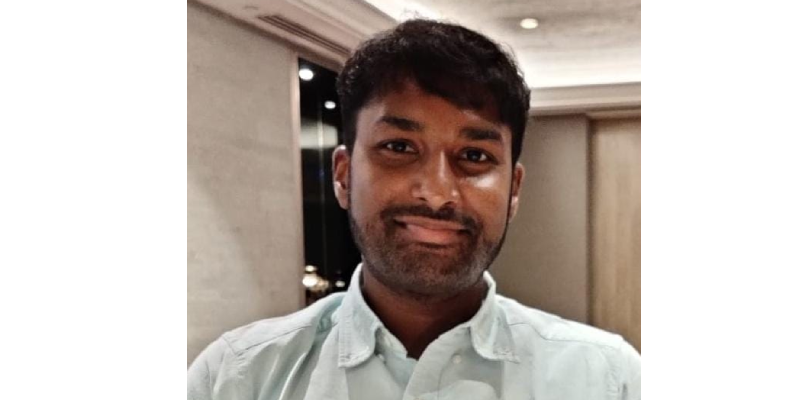 Like much of the country, I was transfixed by the stories of offenders featured in Inside Maximum Security, a CNA documentary that took viewers behind prison bars and put a face to the criminals we read about every day. I would have thought prosecutors and criminal defence lawyers would be so used to visiting prisons that they would find the show fairly ordinary. But that wasn’t the case for DPP and Deputy Senior State Counsel Mr Senthilkumaran Sabapathy, who admits that he had spent evenings watching it with his wife.

“I think as lawyers, be it as prosecutors or defence counsel, there’s a natural tendency to just stop at the court hearing. It becomes quite formulaic: you go to court, argue the case and then when the person is sentenced, you move on to the next case. But the documentary makes you realise that for the offender, sentencing is just the start of a very difficult journey.”

Senthil hopes that his new book, Beyond Prison: Alternative Sentencing in Singapore, will add to the discourse on sentencing that the documentary has sparked. The book explores the alternative sentencing options available to judges here besides more conventional punishments such as fines and imprisonment. It is timely. Although it’s been more than 10 years since the alternative sentencing canon was expanded through the introduction of community sentences, Senthil says that misconceptions are still rife.

“There is still a perception that these sentences are just a slap on the wrist,” he notes, adding that such views stem from a lack of awareness. “I think from an accused’s point of view, the thing you want to avoid most is prison. And that’s why anything that isn’t prison, be it probation or a community service order, might seem like the more lenient option.”

But that’s not always the case, he stresses. “If you’re a young offender who’s committed a relatively minor crime, you might be looking at a short prison stint—a couple of weeks or so. But if you were to receive probation instead, you would have multiple restrictions placed on your life for up to three years.”

Some young offenders, after realising this, ask for a quick stint in prison just to get the punishment over and done with. The courts generally turn down such requests, taking the view that even if they are more onerous, alternative sentencing options ultimately better rehabilitate and reintegrate offenders. “And that is one of the fundamental aims of the criminal justice system.”

Alternative sentencing options include probation, reformative training and community sentences. From Senthil’s conversations with members of the criminal justice system, these additional tools are welcome as they afford more options beyond the “fine or jail” binary. “It makes it easier to calibrate the sentence to the severity of the offence,” he reflects.

He adds that the range of sentencing options available could increase in the coming decades, depending on how the public and stakeholders perceive their effectiveness. It’s a subject he tackles in his book’s closing chapter, he explains. “In my view, we need to look at the data before deciding on how best to proceed. This will point us to what sort of offences and offenders are better dealt with through alternative sentencing options.” He believes that such a data-driven approach would be more effective in bringing lasting change to the criminal justice system, given the pragmatic nature of Singaporeans. “At the end of the day, we are more swayed by results.”

For now, the data looks promising: for instance, it was shared in Parliament in 2018 that offenders sentenced to community sentences tend to have a lower rate of recidivism than the general prison population. The statistic doesn’t surprise Senthil. “Having researched alternative sentencing in other jurisdictions extensively, I knew that it was something that could work if done right and with the right resources. And you know what it’s like in Singapore: if we want to do it, we will do it right.”

Senthil’s interest in alternative sentencing was piqued shortly after he joined AGC in 2015, just when the concept was starting to get the attention of the profession. “At that time, no one really knew how to apply these sentences and even senior defence lawyers didn’t realise that these were options they could push for,” he recalls. “It came to be that it was the junior prosecutors and younger lawyers who would deal with alternative sentencing more regularly because the senior practitioners were used to arguing more serious crimes, where alternative sentencing is not available or appropriate.”

While awareness has grown, the application of alternative sentences still lags behind conventional sentences, observes Senthil. He hopes that his title will provide a practical understanding of how alternative sentencing can be used to benefit society. “So you may have a case where previously, you wouldn't have thought about alternative sentencing, but after reading the book, you may realise that it is at least an option worth considering.”

The Judiciary, for one, has taken notice of the book, with none other than Chief Justice Sundaresh Menon penning its foreword. “I am honoured that the Chief Justice has supported the book through his foreword, and it highlights that alternative sentencing is an important topic that is worth paying closer attention to, especially for those of us involved in the criminal justice system “.

Beyond Prison: Alternative Sentencing in Singapore is available now. 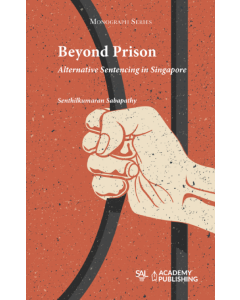